A tagine is a North African dish which is named after the ceramic pot in which it is cooked in. The cooking pot comes in two pieces of thick stoneware. The bottom piece is a large, flat-bottomed bowl and the top piece is domed or fluted, and it is designed to nest inside the bottom piece, creating a seal. Together, the two pieces make a clay oven that would have traditionally been placed into an open fire for cooking. 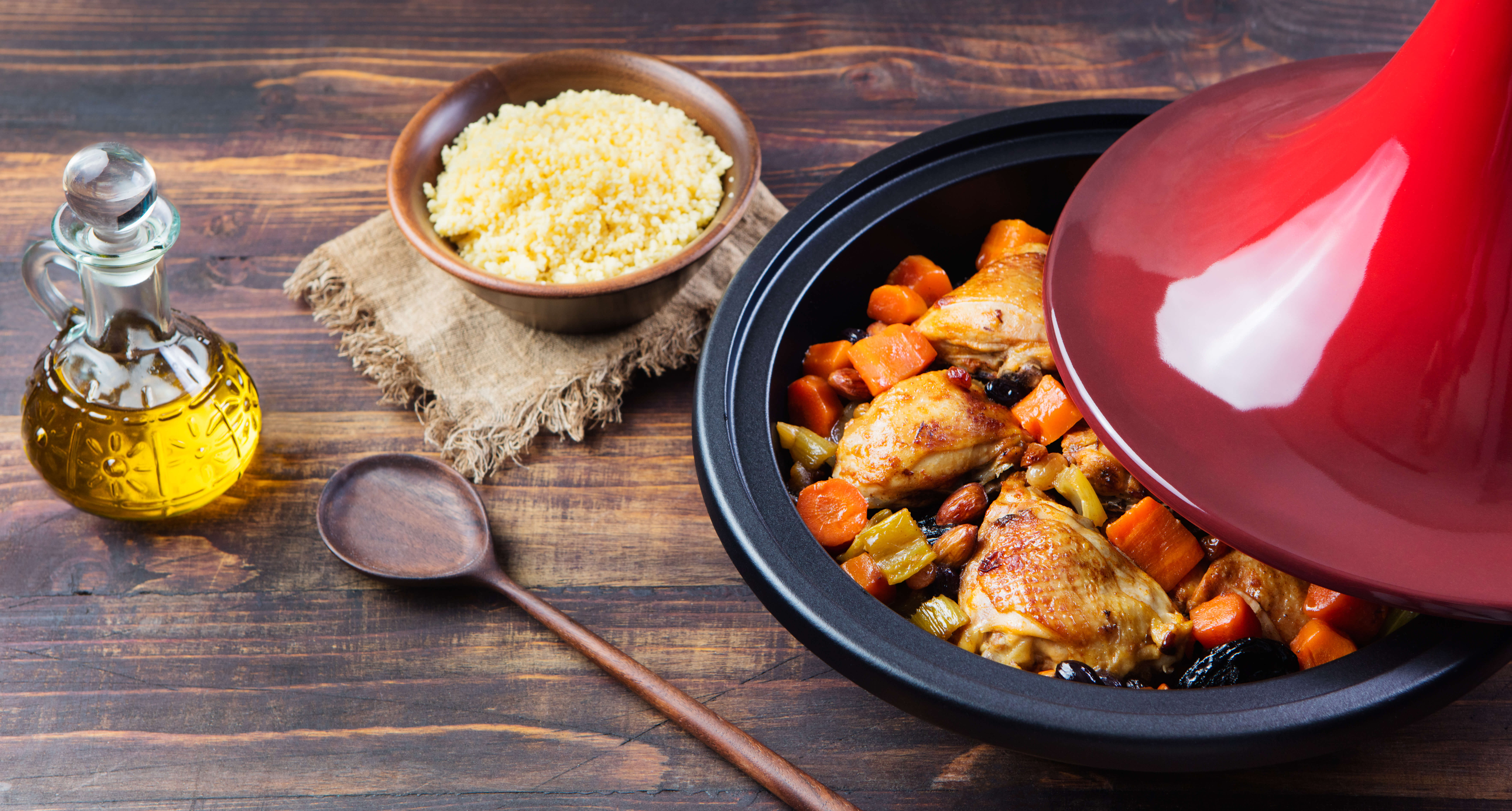 A tagine is a type of stew that includes ingredients that slowly cook at low temperatures. Depending on the origin of the tagine, the spicing of the dish varies widely, but typically include meat, vegetables, beans, dried fruit and various grains. After several hours of cooking, the ingredients are extremely tender and very intensely flavoured. Tagine is often served over rice or scooped out of the dish with hunks of bread.